Today I got my hands on an Original kickstarter Development Kit and was ready to settle in to some Oculus time comparing the two development kits. 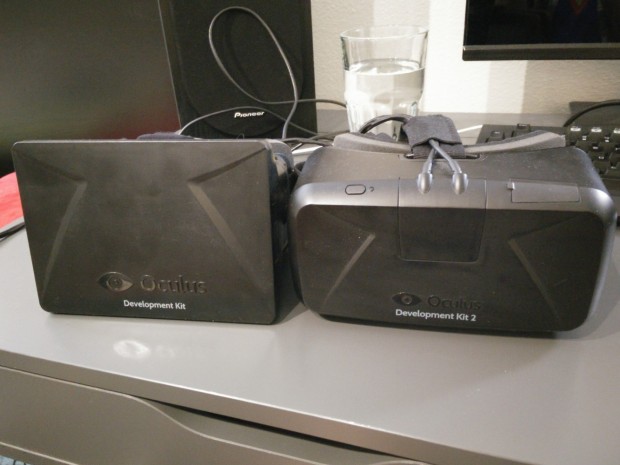 Sadly after a significant time spent getting windows and the Oculus configuration utility to detect the DK2, I loaded the demo scene to find that the fastest frame rate that could be driven to the headset is around the order of 3. Not quite the 75 FPS that the system was designed for. After some researching I found that I am not the only one having this problem; the community is blaming a bad graphics driver from Nvidia, and that the unreleased latest version has the fix.

So I am still without means of powering my own VR.

This past weekend, while I was busy finishing moving out of my old apartment; Seattle’s well know gaming convention, the Penny Arcade eXpo, was in full swing. As busy as I was I was still able to make it to PAX for a few days it was here. While a full write up of what I played and what I though while pressed into the sardine can that was the Seattle Convention Center, I’ll show off the only merchandise that I though was worthy of a purchase all weekend.

Miniature Dice, from the Chessex booth.

Always ready for the next adventure.