Recently I’ve been playing Arkham Horror the card game. It’s a living card game adaptation of the Arkham Horror board games with many mechanical improvements. One thing its share with its progenitor is that there are a lot of cards and pieces and it can become a confusing mess quite quickly.

One thing I do like about the Arkham Horror board game is the modular interlocking board pieces that become the setting of the game. Since all the card games has is cards each location becomes a card and instead of interlocking cardboard connectors there is complicated system of symbols on each location card noting which other locations its accessible from.

Painted and weathered token next to an unaltered one

I was not the only one who found this confusing. Users on Thingiverse had uploaded 3D models of arrow tokens which can be used instead to show the connections between the locations. Firing up the 3D printer I printed out a batch. The tokens were very nice, but the flat plastic color didn’t fit the 1920 noir theme of the rest of the game. With a little gold and black paint that was also remedied.

The markers in use 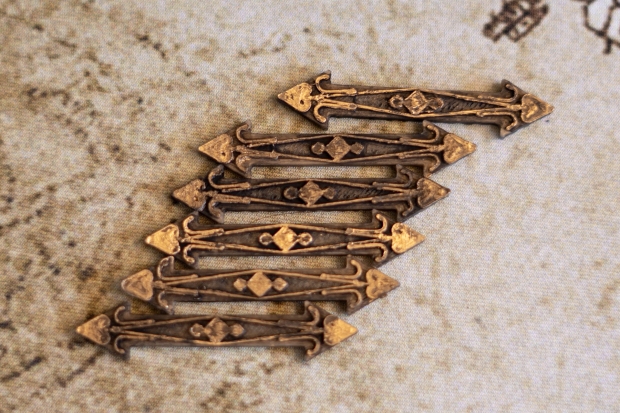 A fleet of tokens waiting to be used

Link to the Location Connectors STL

Link to the play mat 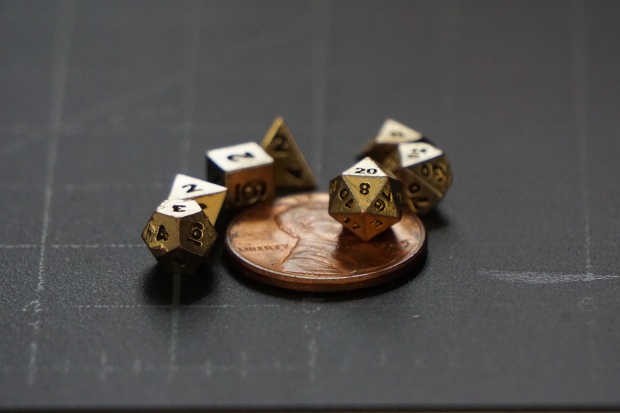 For this week’s Dungeons and Dragons session I, probably under a confusion charm, forgot to bring my materials. My character sheet and information are all backed up digitally, but using electronic dice rollers is no fun. Luckily I had with me a backup mini dice set on my key-chain and I could continue rolling unimpeded. Though next time I may also want a magnifying glass too.