This past weekend, while I was busy finishing moving out of my old apartment; Seattle’s well know gaming convention, the Penny Arcade eXpo, was in full swing. As busy as I was I was still able to make it to PAX for a few days it was here. While a full write up of what I played and what I though while pressed into the sardine can that was the Seattle Convention Center, I’ll show off the only merchandise that I though was worthy of a purchase all weekend.

Miniature Dice, from the Chessex booth. 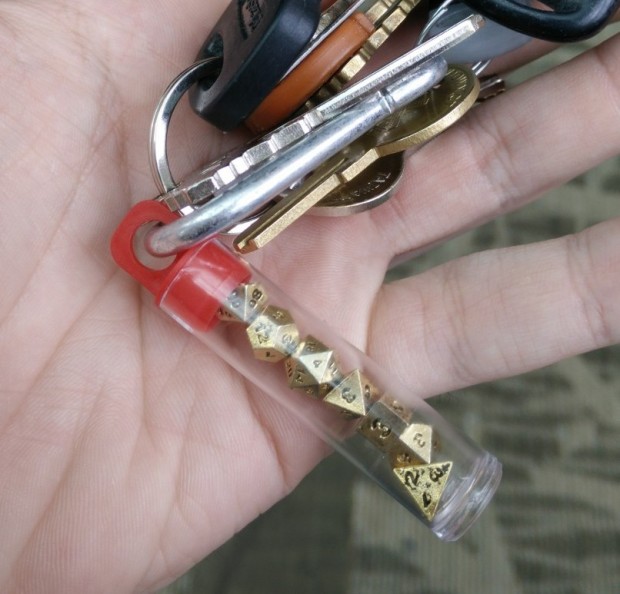 Always ready for the next adventure.

One thought on “A Little Piece of Pax”