As mentioned in my previous post I had the opportunity to go down to Oregon to see the total solar eclipse. It was well worth the trip down and the traffic up as seeing the entirety of the eclipse was very different than the 93% in Seattle or the 99% in Portland. Though stock was scarce I managed to get a solar filter for my camera and setup with a tripod and a telephoto lens to capture this astronomical oddity. 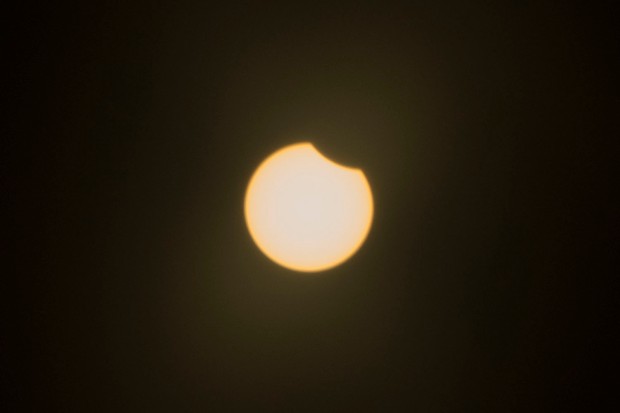 Just after C1 first photo I was able to capture as I was formatting my camera card as first contact was made to make room for all the eclipse photos.

About half an hour latter the moon is nearing the half way point. Around this time it starts getting noticeably cooler. 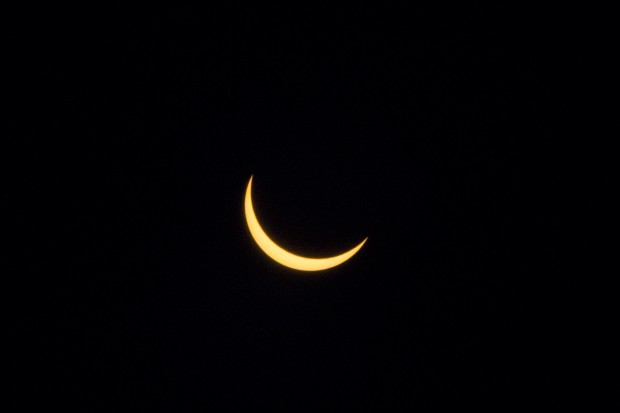 Through the camera or eclipse glasses the sun is now a sliver behind the moon. Without the glasses the only noticeable change is that sun light seems dimmer. This is about as much of the eclipse would have been seen in Seattle.

The sun gets smaller and smaller. This is about the extent of the eclipse that would have been seen from Portland.

An interesting phenomenon know as Bailey’s Beads. The last rays of sunlight are sneaking through the mountains and valleys of the moon, making the appearance of a string of beads. 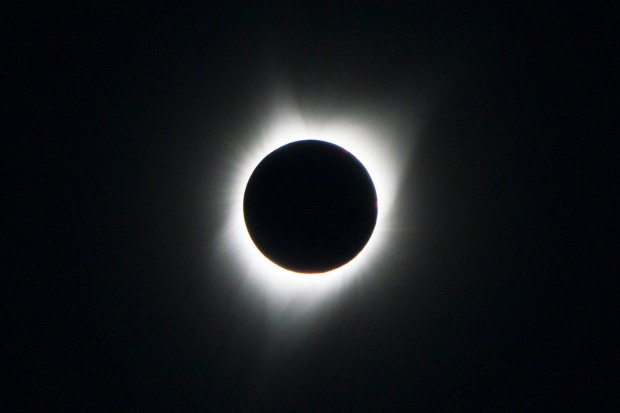 Totality. Now the glasses and solar filters can come off as the sun is completely eclipsed by the moon for 1 minute and 44 seconds. In the sky there is a black circle surrounded by white rays which is the sun corona, only visible to the human eye during a total eclipse. Stars are visible and the entire horizon looks like a sunrise.

As C3 passes the total eclipse ends I sneak a picture of the ‘Diamond Ring’ before putting the solar filter back on the camera. 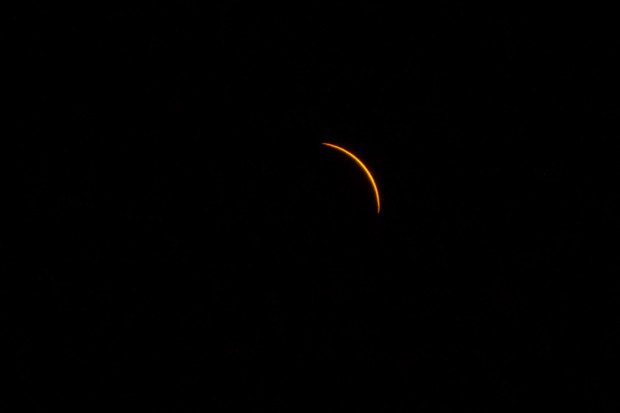 The sun is back to being a sliver, and the entire process reverses its self. Around this point we did notice some light Shadow bands snaking across the ground.

A Clash Of Coasts